I’m glad I kept a journal from when I was younger. But it also upsets me. The thoughts I had from when I was in elementary school are enlightening. One’s own perception of themselves develops at a young age, isn’t that sad?

“Thanks a lot to J.K. I’m now self concions of my weight because he kept calling fat in pizza things”

Not sure what the pizza things refers to, but I knew what it meant to be self-conscious at this age.

It doesn’t get better. One year later I wrote:

Those perceptions of myself were unfortunately reinforced by what others were saying around me. Middle school kids are mean. I may be 24 now, and “should” be over the words that were said to me. But, I’m still working on getting over them. How does one get over being called “a piece of blubber?”

And that’s what the person will always remember. 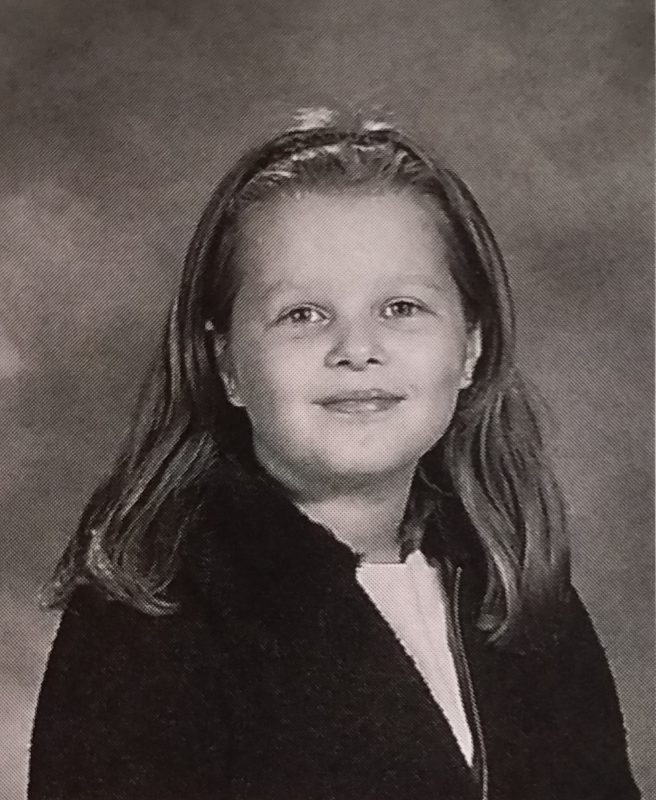 To the little girl in Grade Five that lost herself for a while. You’ll come back. You’ll get lost again a few years down the line, but we’ll end up finding our-self again. Don’t you worry.