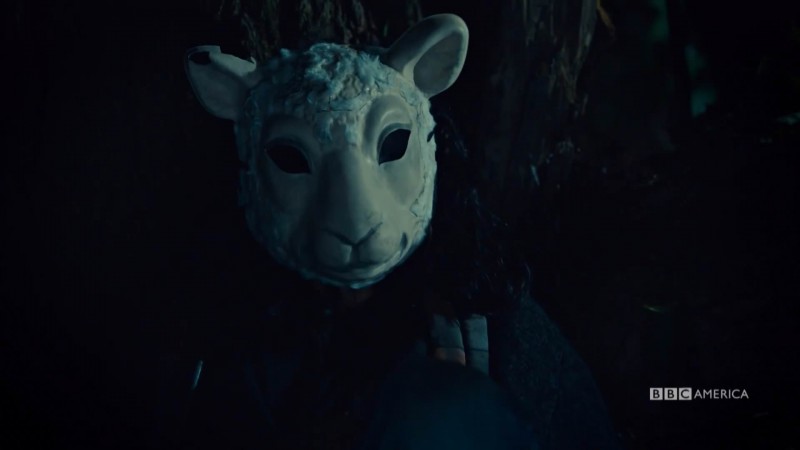 Okay. Orphan Black season four premiered last night, and what a wild ride that episode was! It was a strong opening and I’m excited to see where it goes.

I enjoyed the opening because it takes the show back to the beginning of things, by providing us with Beth Childs’ perspective. Because the show way back when initially began with her suicide, we didn’t really know who as a person she was. Along these lines, it was the episode of characters past, as many who have been killed off, returned to provide us the back story of what led up to Beth Childs’ suicide.

The season premiere also introduced viewers to a new clone, Mika. Like all of the clones, we see Tatiana Maslany in a whole new light. Mika is extremely anxious, introverted, and cautious. Also, talk about that mask, freaks me right out and provides so much symbolism. A sheep mask? Get it, ’cause of clones. Clever. (Background, first clone was Dolly – a sheep)

From the first episode, season four is going to be great. It’s nice we get to see more background to neolution, and maybe this season we will have full answers as to why Project Leda & Project Castor were created.