Neil Postman “Amusing Ourselves to Death”

The full title of this book by Neil Postman is “Amusing Ourselves to Death: Public Discourse in the age of Show Business” 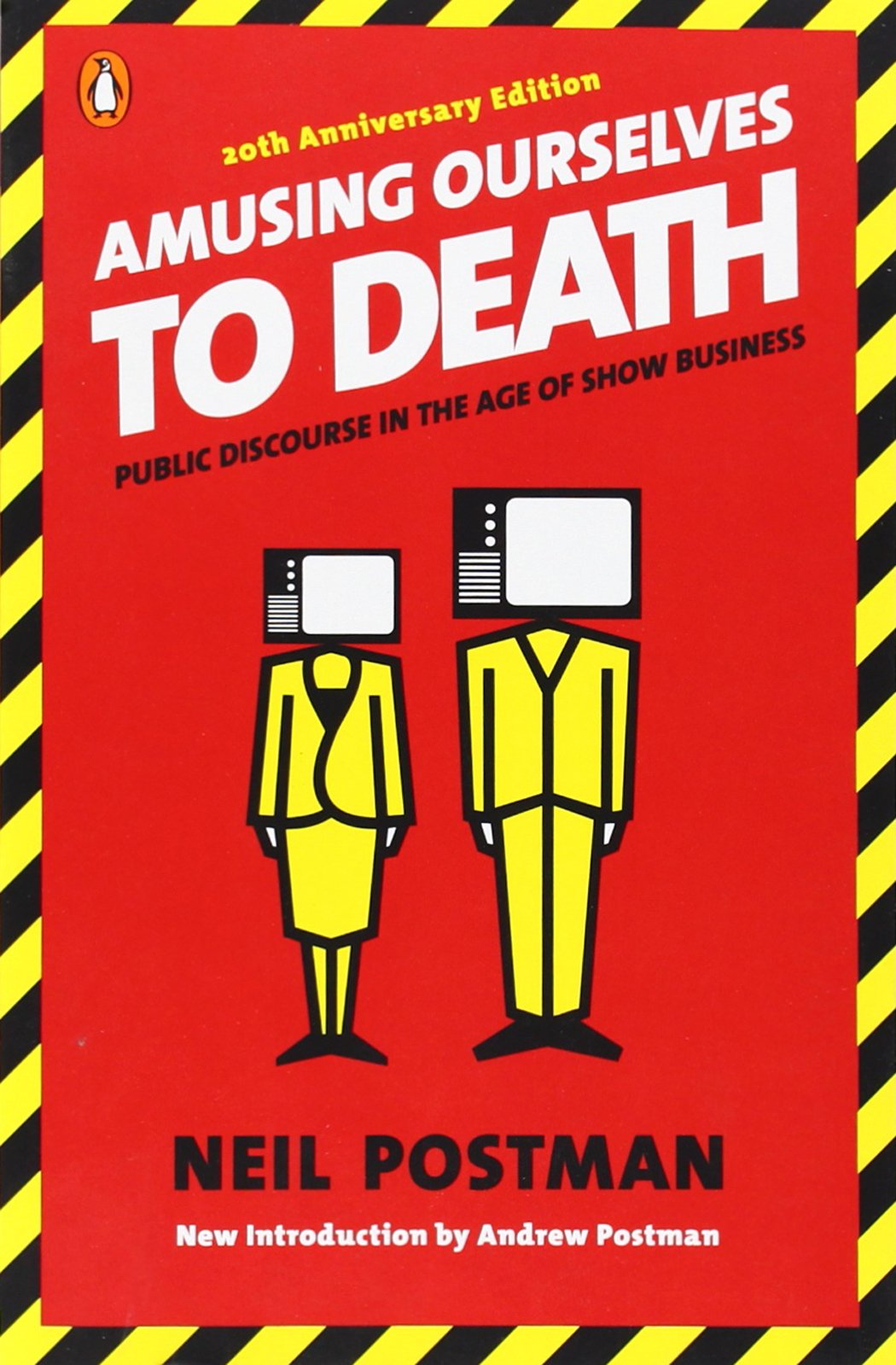 Reading this book, I just kept thinking about how much it made me seem like a Communications grad. I actually knew what Neil Postman was talking about because of my studies. #win
I understood references, theorists, arguments, it was great. And I felt it perfectly encapsulated my academic studies in 164 pages.

Postman divides the book into two section. The first section preps the reader into understanding how society was like pre-television. This means a discussion of oral society, the birth of the printing press, and public debates that weren’t all glitz and glam. The second section of the book discusses how the television has transformed public discourse in today’s society to reflect a culture of entertainment. We may laugh and feel pleasure, but we do not think. For example, he uses the Iranian hostage crisis to explain how almost everyone in America knew what the situation was about and could say something regarding the matter, but they did not actually understand the context of the situation; it was more emotions than opinions. In terms of current society, this would equate to the case of Ebola. Everyone knew it was/continues to be a deadly disease located in Africa, but did not actual know how the disease spread, where it originated from, and what to do to stop it.

Neil Postman uses Orwell and Huxley as a foundation to the book, leaning more so on Huxley’s argument. As the opening passages declares: “What Orwell feared were those who would ban books. What Huxley feared was that there would be no reason to ban a book, for there would be no one who wanted to read one…Orwell feared that what we hate will ruin us. Huxley feared that what we love will ruin us.” pg. xix