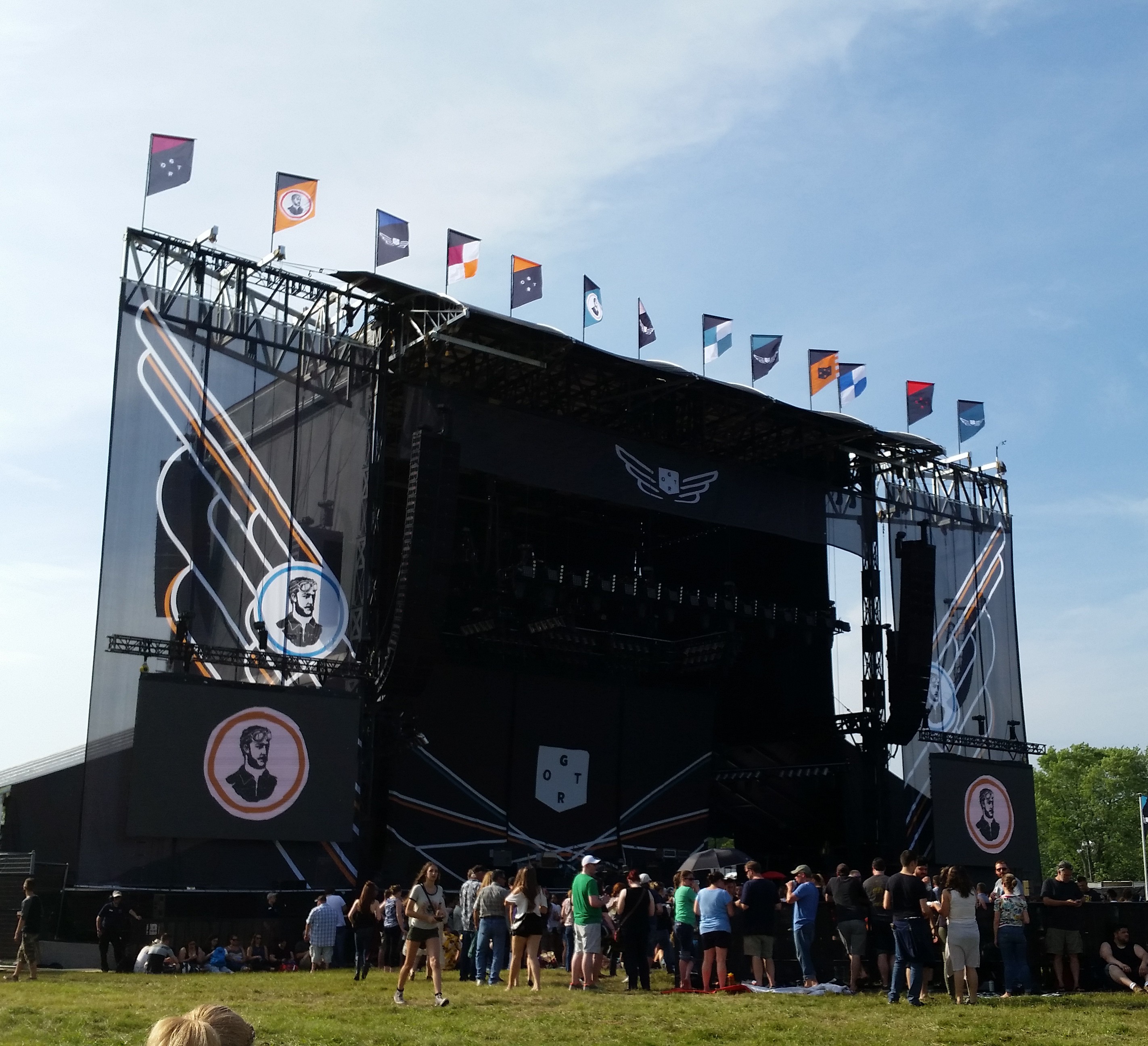 I can’t believe it’s been two weeks since I saw Mumford & Sons at Niagara-on-the-Lake. And what a concert it was!

Leading up to the event, we thought it was going to be pouring rain. So like any good concert-goer knowing the weather, we made sure to prepare ourselves with ponchos and rainboots. However, when we showed up to The Commons at Butler’s Barracks National Historic Site it was HOT. So hot that we forgo bringing our rainboots (good call). I wish I had only prepared for the heat by applying sunscreen (I burn prettttay easily).

Parking was free which was good, and sure enough there was loads of it. Heads up though, remember WHERE you park on the field – or at least have a good sense – because it fills up, and becomes difficult to find your car at midnight.

The Concert:
The concert was amazing! Because it took place on a field, they had plenty of food and drink vendors you could go to. Of course prices were high – this is only expected – but there was a great selection of food options. Yes please to Smoke’s poutine.
I didn’t know the opening acts initially, but they were decent. First up was Son Little. A musician based out of LA, he had some catchy tunes.

O Canada. Niagra-On-the-Lake you’re excellent. There’s a few people I be house tonight. Feeling good after my first time playing cricket. Cheers to all the Gentleman of the Road. @themaccabees @mumfordandsons Another one bites the dust

Next was The Maccabees, you may know their single “Marks to Prove It.”

And finally our boys came on stage. They had a lovely mixture of all three albums on the setlist! An interesting choice for the opening, they decided on Lover’s Eyes. Not complaining though, since it’s a nice calm opening. “I Will Wait” followed which pleased the crowd with their familiar lyrics and good dancing vibes.

Marcus Mumford was hilarious also! He called BS on those saying they were from the Niagara region, made jokes about how the band would make sure Americans left by the morning, and thought it would be great if Canadians went on one side and Americans went on the other, then just went at it.

The night was pure bliss, and the boys never disappoint me. What DID disappoint me however was the parking. Because parking was on a gigantic field, finding the car was difficult. Getting out of parking was atrocious due to lack of direction by security guards. Everyone was tired and wanted to get home, so it was a hot mess.

BUT overall the concert was AH-Mazing. Thanks Mumford & Sons for the great night.