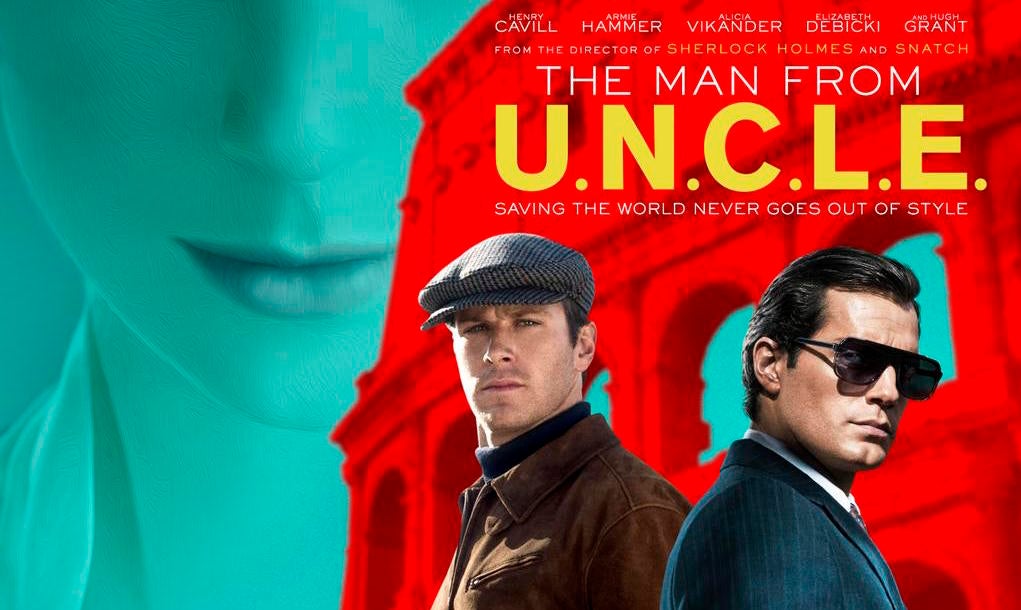 Saw this movie tonight, and decided I enjoyed it so much that it deserved a posting. The movie stars Armie Hammer (you may remember him from The Social Network) and the lovely Henry Cavil (beardless but still Clark Kent-ish).

Synopsis: Really all you need to know is that it’s the classic partners-who-can’t-get-along story with a paring of an American spy and Russian Spy during the 60s. It’s based on the television show that aired during the mid 60s.

The movie features some great classic jokes, fun spy gadgets, REALLY good car chases x 2 (not even kidding) and some good acting from Armie Hammer. His Russian accent is believable and his performance is convincing.

What I enjoyed about this movie is that it has a good take on the classic spy movie. It’s refreshing in a way because of the shots. Many of the close-up shots were well taken, and were not like some shots where they are super-exposed — they worked for the movie. It was also enjoyable that they played around with multiple shots on the screen, split screens, and experimentation with repetition.

Even though there are some moments that are expected, cheesy jokes and a classic ending, I thoroughly enjoyed this movie and would watch it again (Just because Hammer is THAT good in it.)