The full title of Jeremy Scahill’s book is “Dirty Wars: The World is a Battlefield.” 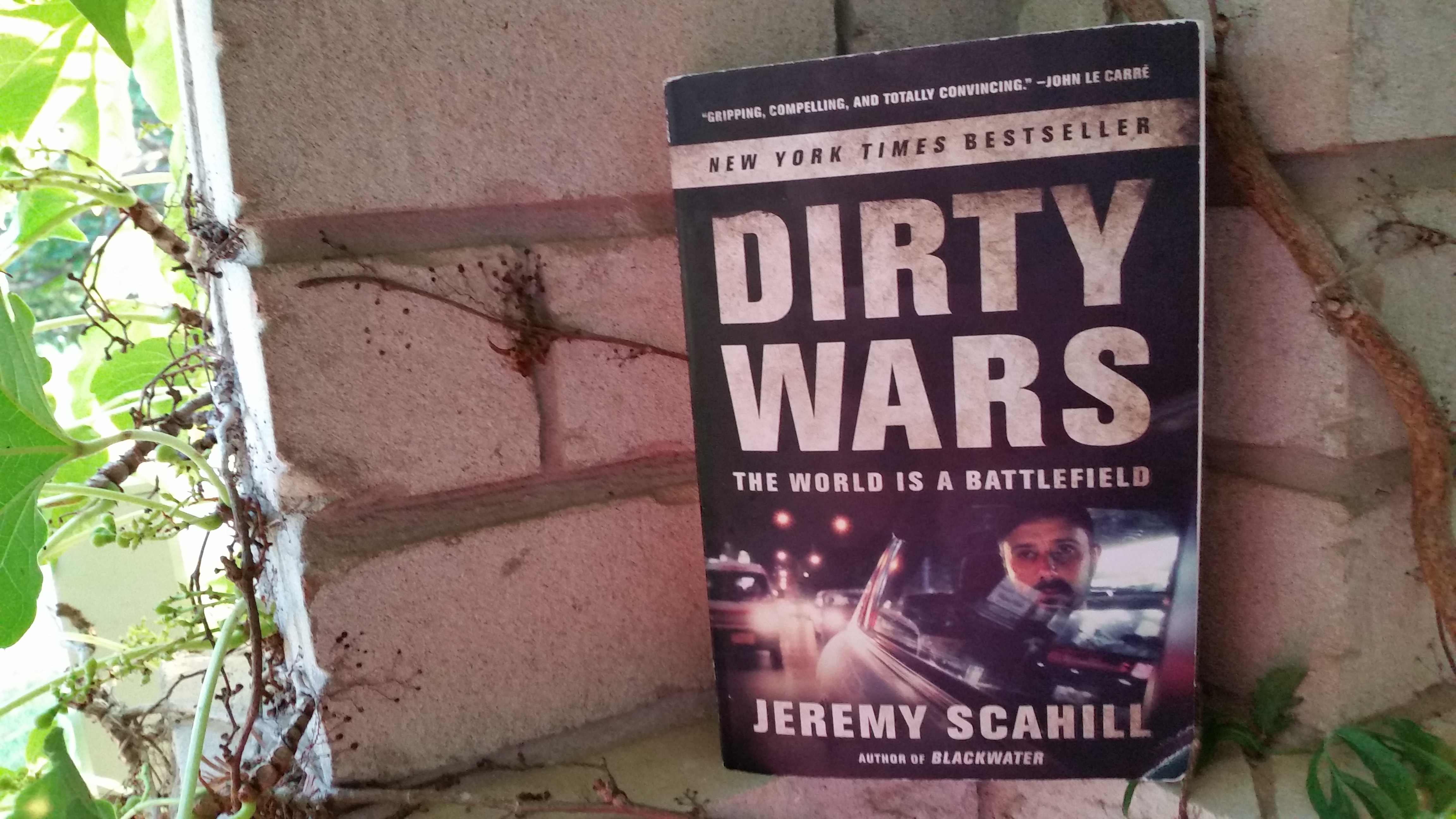 Professor J! I finally read this book you gave us for AN350 Terrorism & Violence. Please be proud of me even though I will never see you again.. Two months and one week later, it’s finished. I’m done! By no means is this an indication to the level of excitement for this book. Rather, life is busy and there a few moments someone can read for solid amounts of time. Add in density, small-font, and lots of information to process.

Scahill wraps up the book in a single sentence: “The question all Americans must ask themselves lingers painfully: How does a war like this ever end?”

For those that would rather not read the god-like persona of the American Government, Jeremy Scahill’s has a documentary under the same name. Forewarning, the documentary does contain violent and graphic scenes, predominately featuring the horrors with Abu Ghraib.