Wednesday Listens will be taking a detour in the form of a case study of twenty one pilots.

Can you tell that I love music? My tastes range anywhere from rap to classical. What draws me to particular musicians? Well, I’m attracted to raw talent, powerful beats, and strong vocal range. I have recently come across twenty one pilots and my god, is their music important. 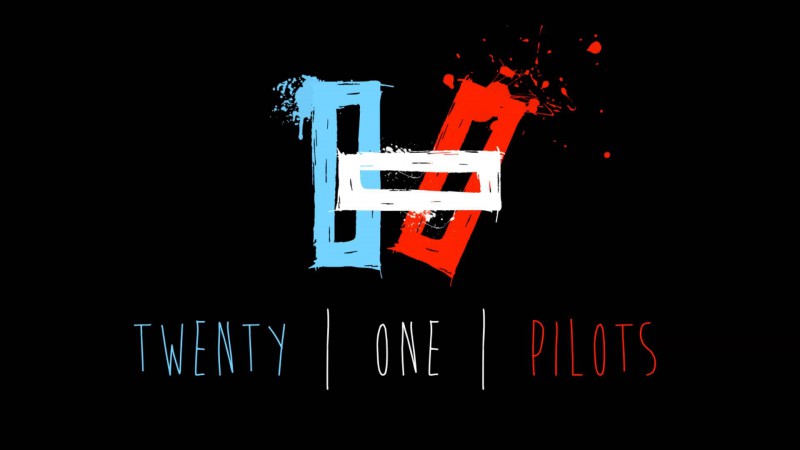 Lyrics are a biggie with music. Most of Top40 is simplified lyrics so that it can apply to a wide mass of people. It’s those niche bands that concentrate on certain aspects we should all be paying attention to. Just sitting their listening to their sounds, you often will get goosebumps. This is twenty one pilots. They can go from piano, to techno, then from rap to ukulele all in a matter of a few songs. And they play each genre so well, and the songs still somehow flow? After spending the last week listening to many of their songs, I’ve come to realize that they focus on recovering from mental health issues. I feel this is so important to put out there, as music is a way people deal with their emotions.

Look back at certain situations that you went through in your life. Was their not a song that you played endlessly to get through it? And when you revisit these songs, you think about how far you’ve come.

“Holding on to You” deals with overcoming depression. An important song to put forth, as society does not know how to handle mental health. Look at it this way: When there’s a physical injury, we know that we should go to the doctor, it’s treatable, and you will have something tangible to fix the injury. Mental health on the other hand, cannot be seen physically, therefore people become uneasy when discussing it. It’s seen as something taboo, which should not be the case.

I’m taking over my body, back in control, no more shotty / I bet a lot of me was lost, Ts uncrossed and Is undotted / I fought it a lot and it seems a lot like flesh is all I got

As you can tell from the title of the song “Stressed Out” deals with the society that we live in. It discusses the sad realization of the differences between when we were younger, to now being “real adults.” When we were younger, we were told to dream. But, when we finally become older we are told to “wake up, you need to make money.” I’m just going to let that sit there.

I was told when I get older all my fears would shrink/
But now I’m insecure and I care what people think.

Just listen to this song. It makes the listener feel that it’s okay they have the same thoughts. They hear someone going through it as well, and will listen because someone can put it into words.