Johannesburg EP came out June 17th, and it does not disappoint! There are five tracks that are all gold in their own ways. Johannesburg is a mini-album which collaborates with Baaba Maal, The Very Best, & Beatenberg. It was created in two days, and encapsulates Mumford & Sons’ time spent in South Africa. 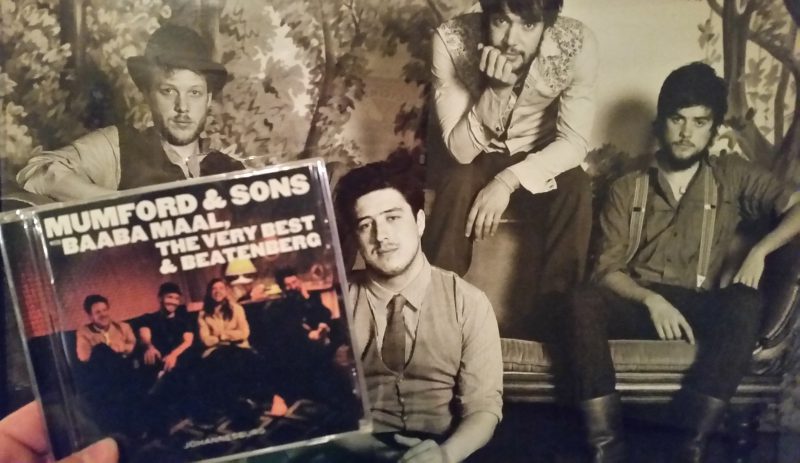 One reason I’m so drawn to Mumford & Sons is that they aren’t afraid to explore new sounds. (plus they are so humble to their fame, but— I’ll save for another time). Clearly, Johannesburg allows them to experiment with new “world sounds,” that us Westerners aren’t all too familiar with.

“There Will Be Time” was the first sneak peak to the album, followed by “Wona” which was released a few weeks before the album release date. “Wona” only has one awkward transition where Marcus Mumford takes over from Beatenberg near the beginning, but I’ll let it slide. All in all, both are great singles, and have great dancing beats.

“Fool You’ve Landed” has more layering of drums which I enjoy, while “Ngamila” experiments with layering of vocals. There is also a mixture of different tempos, which somehow works for both songs.

“Si Tu Veux” is the last track which gives me all the feels, because, it’s just so impactful? Hard to explain. Maybe because it translates to “If You Want,” who knows.

Now see all their cuteness in a live performance of “There Will Be Time.”

Want more Mumford & Sons news? Here’s my review of their 2015 concert on Niagara-on-the-Lake and review of Wilder Mind. Bonus analysis of “Snake Eyes.”