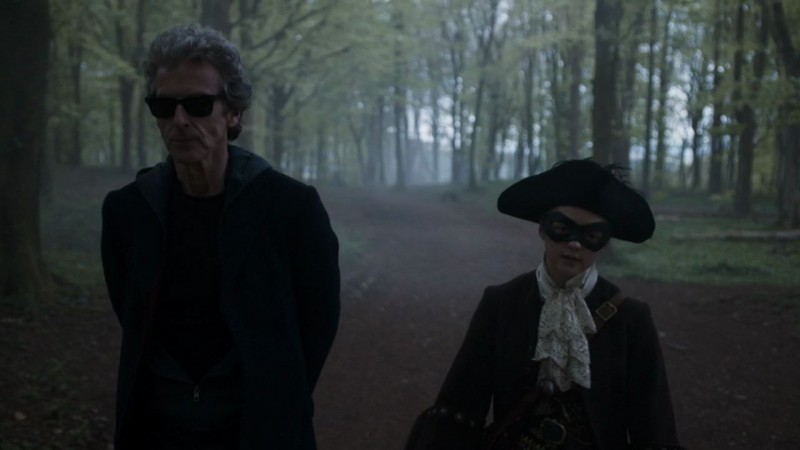 “The Woman Who Lived” is somewhat of a conclusion to “The Girl Who Died.”

It was a pretty decent episode. Not bad. It was nice to see The Doctor on his own for this episode, I always like those one off episodes.

I am also thoroughly impressed by their cat makeup. Let’s all appreciate the hard work those make-up artists go through to provide us with great cat-like characters. *moment of silence*

This episode we find the sadness that comes with living for eternity. Ashlidr has lived a great deal since we last saw her. She writes in numerous diaries counting the many lives she has led. We discover she will no longer have babies, for the lost of these children is too great to bear.

She begs the Doctor to become a companion. He declines saying the two cannot spend eternity together, harsh bro. 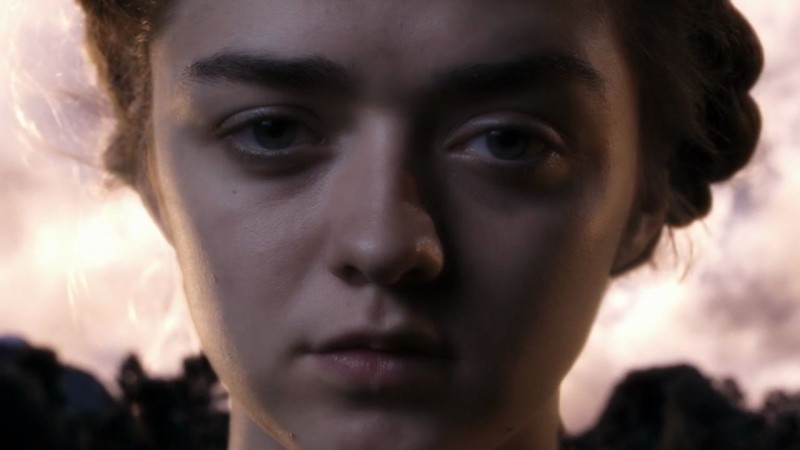 Let’s all appreciate that we had a Ten flashback. Doctor Who writers finally explained why Twelve’s face looks like the Caecilius’ from “The Fires of Pompeii.” I thought it was a nice touch to explain the resemblance, and work it into this week’s episode, and the importance behind it. It was the only scene in the episode that I truly appreciated.

Clara and the Doctor find themselves captured by Vikings. The Doctor thinks he’ll be clever when he pretends to be Odin, when from the sky the “real” Odin shows up. This Odin takes the best Viking warriors for himself. Turns out this “Odin” is the ruler of the Mire, and feeds off of Testosterone.

What you think is a one-off story, is actually part of a *gasp* two-parter. This is my only critique of Series Nine, as so far all the episodes have been two parters. 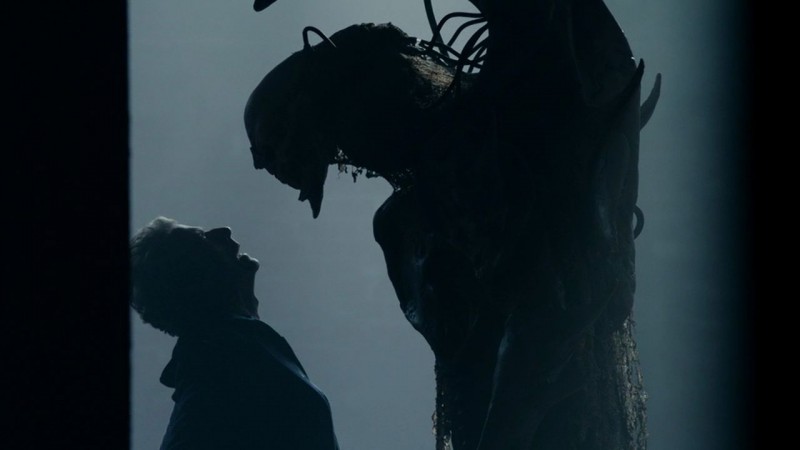 Finally got around to watching the conclusion to “Under the Lake,” which left viewers wondering how the Doctor was going to save himself from becoming a ghost, and stopping the remaining crew members from being killed off. Although some of the solutions were a bit reaching, the episode was well-scripted and Bennett’s character deserves props for TWO amazing speeches. First, by facing the Doctor after SPOILER not saving O’Donnell’s character. Second speech was telling Lunn to declare his love for Cass *cuteness overload*. 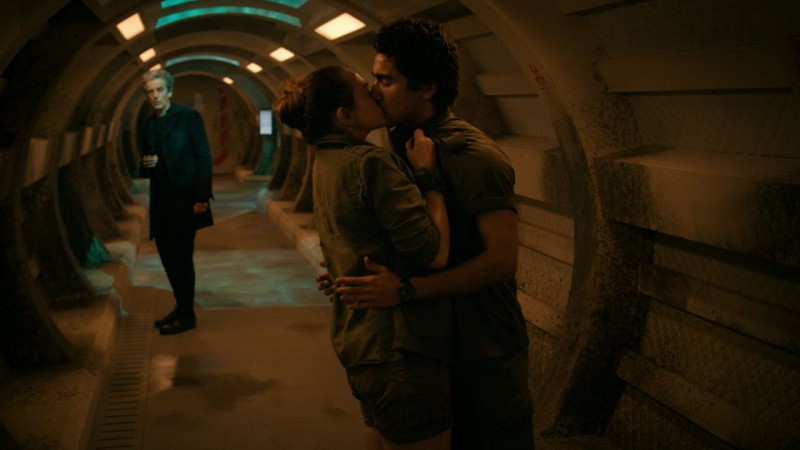 Will you translate something to Cass for me? Tell her that you’re in love with her and you always have been. Tell her there’s no point in wasting time, ‘cause things happen and then it’s too late. Tell her I wish someone had given me that advice.”

It was a good episode in a long time. I have enjoyed Toby Whithouse’s writing for these two episodes. The Fisher King’s monster was a good inclusion, the “Bootstrap Paradox” backed up the episode, and the characters had depth.

The Bootstrap Paradox is a casual loop in time-travel. A past event features a future event, but it is only after seeing it in the past that you know you can do it in the future. As I saw from someone on Tumblr, they used the example of The Prisoner of Azkaban. Harry Potter was able to project the patronus to save Sirius and himself, because he saw it done in the past. Get it? (Although the person left out that he thought it was his dad bla bla bla but it still works).

oooooh. Doctor Who returned to a good classic Who episode. Had my heart racing, hand to mouth, gasping and general feel of emotions.

I think this is a better episode than the first two episodes of Series Nine, because there is a good storyline present (shots fired at Steven Moffat). The monster featured in this two-parter is actually scary and something we have not seen before. The ghosts remind me of the weeping angels given that they can appear at any moment. The episode also succeeds as I already feel attached to the characters (when Lunn is approached by that ghost with a wrench… oooh boy that had me going).

The TARDIS brings Clara and the Doctor to the year 2119 where an underwater mining facility has gone under siege from what appears to be ghosts caused by the unearthing of an empty black spaceship. The ghosts begin killing off the crew one by one.

The episode is well-written, and features strong characters like Cass & Lunn. It is nice to see Doctor Who making an effort to include characters with disabilities. It’s also nice that Cass is not seen as a victim in this episode; rather she’s a person who happens to be deaf — big difference.

Strong episode all around, looking forward to the conclusion next week!

“Every time I think it can’t get more extraordinary it surprises me. It’s impossible. I hate it. It’s evil, it’s astonishing. I want to kiss it to death!”

So much happier with last night’s episode! Finally picked up, and showed more depth with the characters. We also finally see more flawless acting on Michelle Gomez’s part, by her showing the true colours of The Master. MOREOVER we see Twelve display the Doctor’s Curse: compassion.

In sum, this episode is the conclusion for the two-parter, which means it has to tie up in what the Doctor will do for young Davros in the battle-field. Does he kill the young child, or save him? In present time, the Doctor is shown comforting a dying Davros. Davros asks Twelve if he has been a good man (a common theme in Doctor Who). Was Davros a good man in creating the Daleks? The Doctor does not provide him with a solid answer, but shows compassion towards him in his final moments. 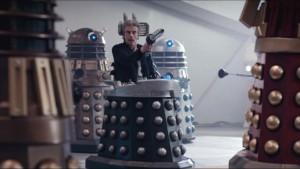 It’s clear that this series will focus heavily on the Daleks.

“If someone … pointed out a child to you, and told you that that child would … destroy millions of lives, could you then kill that child?” 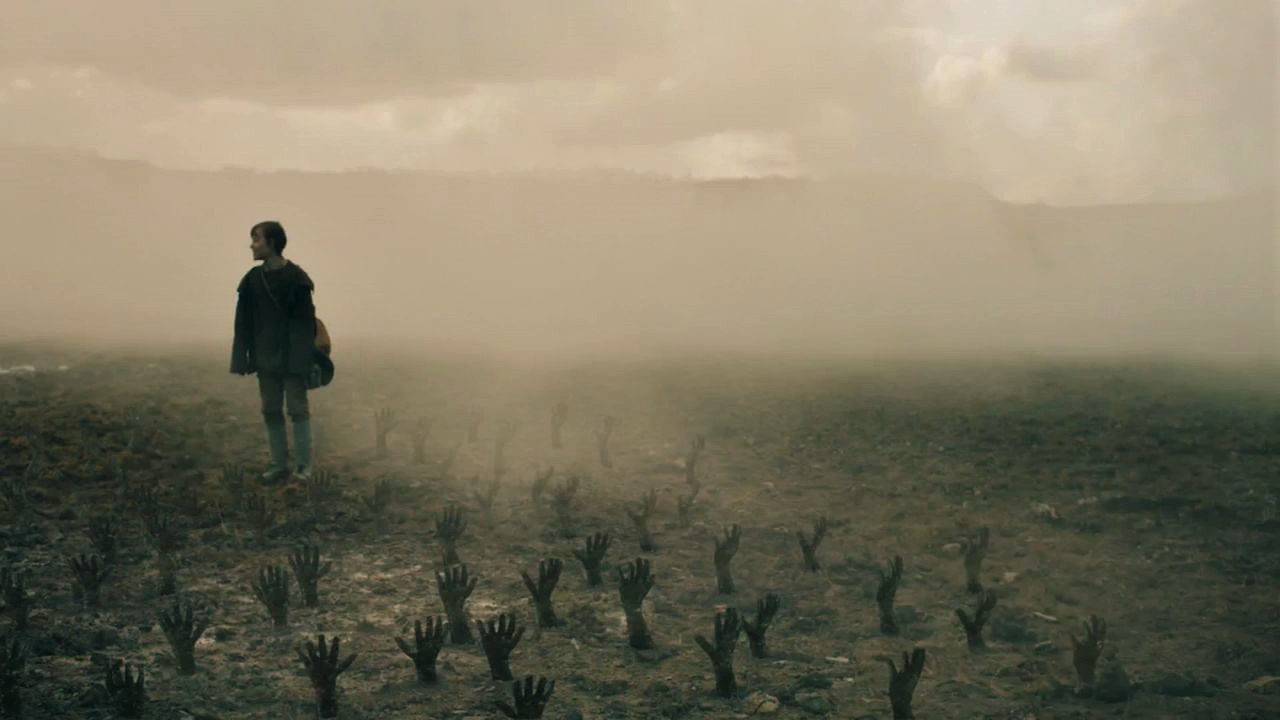 Series Nine premiered on September 19th with “The Magician’s Apprentice.” Title is a bit of a disconnect, and the phrase is said once during the episode. Nevertheless, this episode is part of a two-parter. Much of the episode – to classic Moffat writing – focuses on the search of the Doctor. Once the Doctor is found by Clara and Missy, we learn that he is ashamed. For what is the Doctor ashamed about though?

The episode sets up for the series, in that it will focus heavily on the Daleks and their creator Davros. The episode also hints at Clara Oswald’s departure from the series, as there have been rumours for quite some time now that Coleman quit the show. Jenna Coleman has decided to leave the Doctor Who family to play Queen Victoria in ITV’s drama Victoria.

Speaking of shame, it is a shame that I am developing a love-hate relationship with Doctor Who now. I will always watch Doctor Who but I’m wary that it will become a task, and not something of entertainment. I feel that, with the involvement from BBC America and increase in budget, the episodes aren’t leaving me satisfied. It is nothing on Peter Capaldi as twelve, he is wonderful and fully entertaining. However, it’s more so Steven Moffat’s writing that appears to be looping. Another “Last Day of the Doctor” storyline? Can a doctor really have multiple last days? Ten had one, Eleven had one, Twelve now has one…

Three parts of this episode that are worth highlighting: 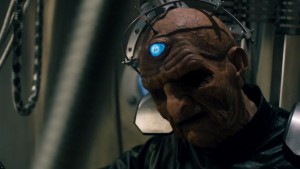